No, Whitewashing Isn't the Same as Diversification

The long gestating American adaptation of Death Note is finally moving forward as a Netflix original movie. The main cast includes Keith Stanfield in the role of genius detective L. For some reason this has triggered an adverse reaction in certain corners of fandom. 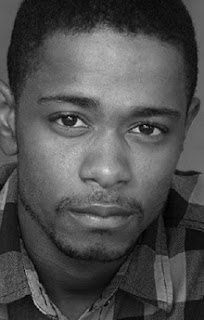 I can't imagine why.

This comes on the heels of the Ghost in the Shell movie casting Scarlett Johansson as Major Kusanagi. 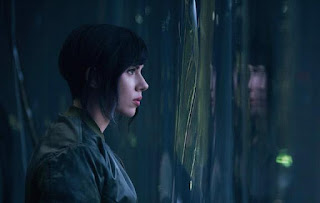 This decision was also highly controversial, but in entirely different circles. Apart from people who think any Western adaptation of anime or manga is inherently doomed, there's very little overlap in people upset at these casting decisions, which has led some people who dislike Stanfield's casting to cry, "Hypocrisy!" (Nevermind that nobody on either side is particularly upset about Nat Wolff playing the other main character, Light, unless they happen to hate Wolff as an actor. Ditto Margaret Qualley as the female lead.) But there's nothing hypocritical here. Though the issues may seem similar at a glance, there are actually key differences.

Whenever Hollywood makes a movie based upon foreign source material, it's fairly standard for the setting to change to the United States unless the source material contains an appealing "exotic" locale, or is set in some historical period. Hollywood does this to movies from Europe just as much as anywhere -- look at Insomnia, which changes the original movie's Norwegian setting to Alaska, or The Vanishing, which changes the Netherlands to middle America. While one can argue whether there's any need to remake foreign films (especially in the case of The Vanishing, which butchered the original), if it's going to be done, it's natural for the studio to want to do it in their normal filming locations, not halfway around the world. This is simply Americanizing the movie.

Whitewashing, on the other hand, is the process of eliminating jobs for minority actors, either by changing the character's ethnicity (changing real life Asian-Americans to white guys in 21), or casting a white guy in the role and hoping nobody will notice (Benedict Cumberbatch as Khan Noonien Singh).

Obviously any time Hollywood adapts source material from Asia, Africa or Latin-America and relocates it to the United States, character ethnicities are going to change . That's something that most people accept as the cost of doing business. Preferably the filmmakers will keep at least one of the main characters as their original ethnicity (Death Note is doing this by having Paul Nakauchi play Watari) and cast more than white people in the other roles, but it'd be pretty weird to set a movie in America and have everyone be Japanese or Brazilian, or even Norwegian.

The problem with Ghost in the Shell is that it's not following Hollywood's normal pattern of Americanization. Instead of making a cultural adaptation, everything so far indicates that the story is still set in a cyberpunk Asian city in the nebulous future. Most of the announced cast is Asian or Pacific Islander. But the main characters, with one exception, are white people. Even more disturbing, there are reports that the studio tried to use CG to make the Caucasian actors appear more Asian.

We normally think of tokenism as actors of color being cast in minor roles so filmmakers can say, "See, we're being inclusive and diverse." But there's a flip-side to this phenomenon -- the casting of white actors in major roles in films about people of color. This is especially common in movies about the Civil Rights movement where studios assume that white audiences (and most filmmakers can't imagine any other kind) won't be interested in the struggles of black people unless there's a white person for them to identify with. And so when Hollywood makes a movie about a regiment of black soldiers in the Civil War, the main character is played by Matthew Broderick; when they make a movie about Stephen Biko, the focus is on a white journalist played by Kevin Kline; and when they do a movie about the murder of Civil Rights activists in Mississippi in the 1960s, the heroes are a couple of white FBI agents played by Willem Dafoe and Gene Hackman.

But this problem crops up elsewhere. When Hollywood makes a samurai movie, it's not enough to make a movie about samurai. No, there has to be a white guy in there somewhere, because apparently samurai aren't cool enough on their own. Sometimes there's an historical basis for this, sometimes the filmmakers have to twist actual history to make the white guy fit into the story, and sometimes. They. Just. Don't. Care.

GitS fits this mold. The white characters aren't being included because there's any logical reason for them to be there, as would be the case if the setting were transferred to a futuristic American city. They're there because the studio doesn't trust the audience to care about a world full of people of color if there aren't any token white people driving the plot. Diversity is only okay as long as we recognize white folk are the only ones who can be the center of a story.

Of course those who are upset at Stanfield playing L will argue that there's a double standard here. When there's a white person taking on an Asian character, that's bad, but when a black man takes on a white role (L is British in the original manga) it's no big deal. This argument has become more frequent of late as there's been an increase in actors of color being cast in roles that previously would've defaulted to white actors -- Noma Dumezweni as Hermione in the new Harry Potter play, Idris Elba as Roland the Last Gunslinger -- and there've been calls for the next Doctor Who and James Bond to be black.

But people who make this point fail to understand that just because two things are opposites, that doesn't mean they're symmetric.

If a director sets out to make an Oscar-bait melodrama about life in the suburbs, the reflex is to look for white actors for the main roles. Ben Affleck will get considered. Tom Cruise. Kevin Spacey. Will Smith ... probably not. Denzel Washington, Laurence Fishburne ... not likely. The role of a suburban family defaults to white unless the story is about race. A film about a black family living in the suburbs can't be about life in the suburbs as far as Hollywood is concerned. It's about being black in the suburbs, something totally different. And once a movie becomes about being black, it's no longer seen as being of interest to general audiences (i.e., white people).

Black actors at least can hold down lead roles in action films, no problem, these days. But of course action films aren't prestigious. If they want to be taken seriously as actors, they need to get roles in dramas, and those are often only open to them if the film is something like Twelve Years a Slave or Straight Outta Compton. Other minorities, though, are less lucky. Asian (especially South Asian) roles are in short supply in any genre, as are Hispanic parts. One can almost imagine a movie like American Beauty getting made with Will Smith and Halle Berry, but not Daniel Dae Kim and Ming Na. The idea that Asians might live in the 'burbs and have interesting problems has barely registered in the minds of Hollywood executives.

So when there's a role out there that's actually designed for an actor of color and the part gets changed to a white character, or the director just casts Johnny Depp in the part without making any changes, it's taking away from a limited supply of roles.

On the other hand, when somebody makes an updated Sherlock Holmes with Lucy Liu as Watson, they're creating diversity where none existed before. Such a casting choice has virtually zero effect on white actors, who still have numerous opportunities.

Imagine you're trying to balance a set of scales. The left side has five kilograms of sand, but the right only has three. Obviously the way to do this would be to scoop sand off the left side and add it to the right. If somebody came up to you and said, "Hey, you're not being fair. You should be taking sand from the right side and adding it to the left, too," you'd think the guy was a complete moron. But that's exactly what people are arguing when they say that casting Stanfield as L is no different from having Johnny Depp play Tonto.
Posted by Sean O'Hara at 10:56 AM

How to Stalk Me